On the 23rd day of November, 2016, DAP’s Secretary-General Lim Guan Eng posted an article on his blog titled, “MCA, MIC, Gerakan And SUPP Should Withdraw From BN Following BN’s Endorsement Of Hudud-Like Laws”. In the said article, he shows strong opposition against the proposal to amend Act 355 to raise the maximum punishment to 30 years of imprisonment, RM100,000 fine and 100 times of whipping.

This amendment must be implemented to empower the Syariah court so that we can control the critical social problems in Malaysia and to further ensure the public’s security. By opposing the proposal and labeling it as unconstitutional, Lim Guan Eng is also telling the people to betray the Yang di-Pertuan Agong as the Agong had mentioned in his speech during the opening of the 13th Parliament on the 7th March, 2016 that he hopes that efforts will be taken to strengthen the Islamic institution and improvise the Syariah law by empowering the Syariah court.

He also accuses MCA, MIC, Gerakan and SUPP of betraying their principles and promises to uphold and defend the Federal Constitution because of their alliance with UMNO under the Barisan Nasional flag (for which he claims that they deserve public condemnation). The tittle itself urges MCA, MIC, Gerakan and SUPP to leave Barisan Nasional, a multi-racial political alliance, claiming at the end of the article that their failure in doing so is a sign of tacit approval of the unconstitutional measures adopted by UMNO and implying that UMNO had been “leaving them in the dark” and completely ignoring them.

The statements posted on his blog, has a high potential to breach the peace and harmony of the nation by instigating a fight between the different races and religion, and inciting hate into the hearts of the people against the government and more importantly, the Yang di-Pertuan Agong. His statements have also gone against several parts of the Sedition Act 1948:

Concerned for the peace and harmony of my country, I have lodged a police report on the said article at the Ampang Jaya Police Station last Thursday. 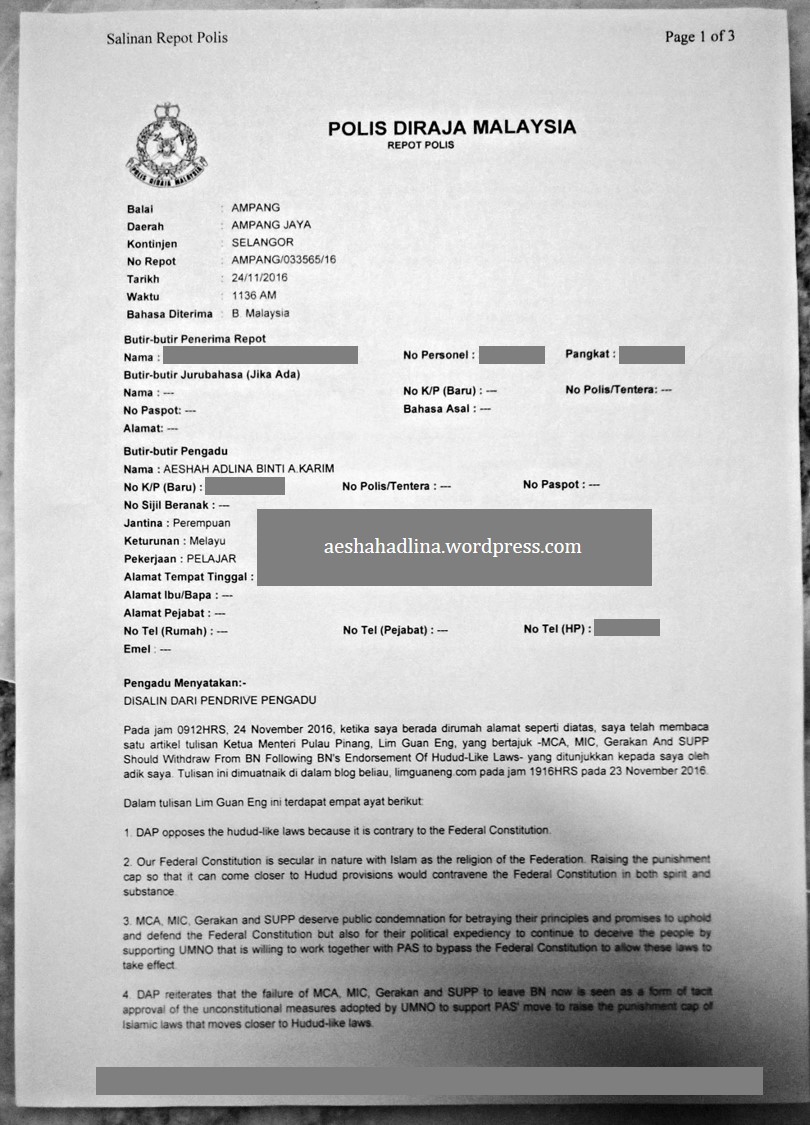